The Play's the Thing

by Nancy Linehan Charles
Produced and Directed by Hannah Northcott 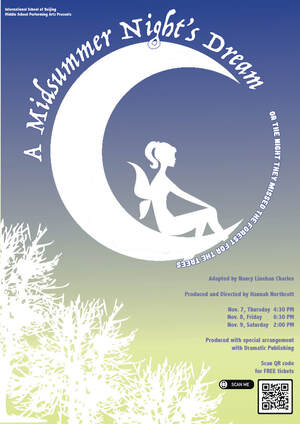 "A Midsummer Nights' Dream or the Night They Missed the Forest for the Trees" is a modern adaptation of a classic Shakespeare comedy wherein teenagers, fairies, royalty and workers collided in a fantasy forest. The teens chased each other in mad love while a magical spell made the fairy queen fall in love with an ass. Meanwhile, six goofs attempted to stage a play and three preppy storytellers drove the story in breakneck speed toward a heartwarming conclusion. This play adaptation was written by Nancy Linehan Charles and produced and directed by Hannah Northcott with special arrangement with the Dramatic Publishing Company of Woodstock, Illinois.

Performed by middle school students at the International School of Beijing
​November, 2019 and November, 2013 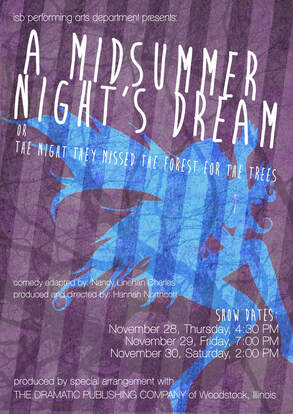 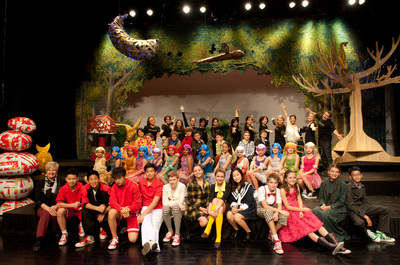 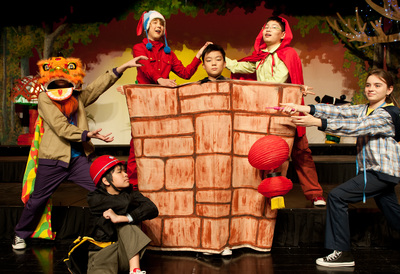 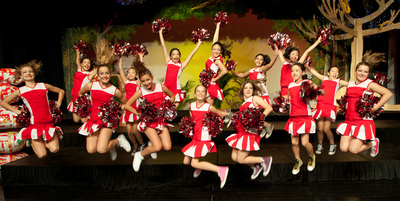 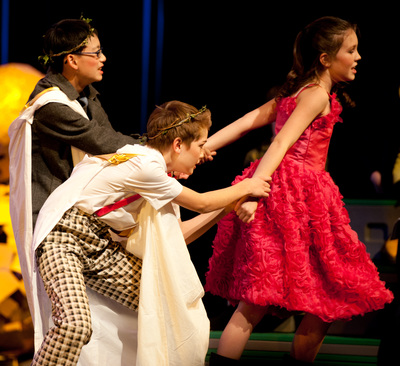 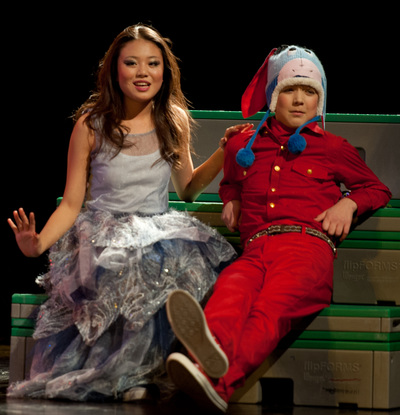 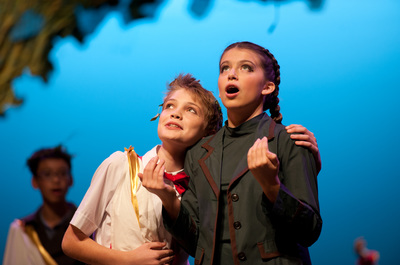 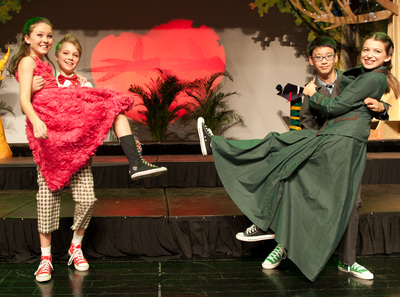 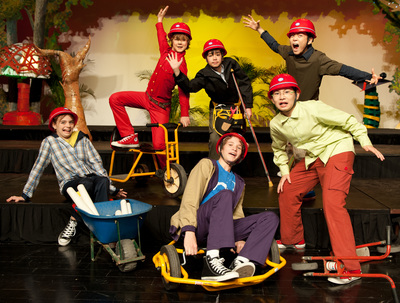 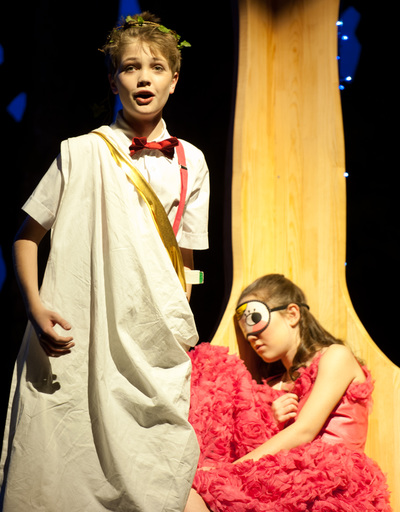 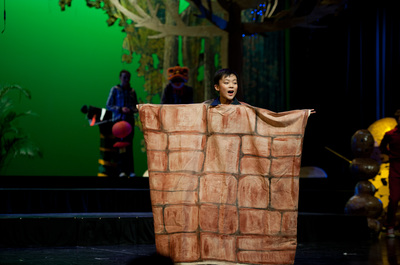 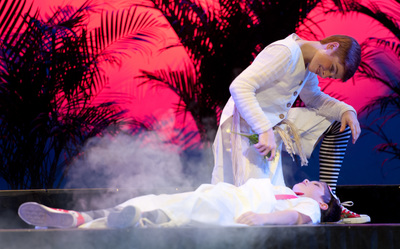 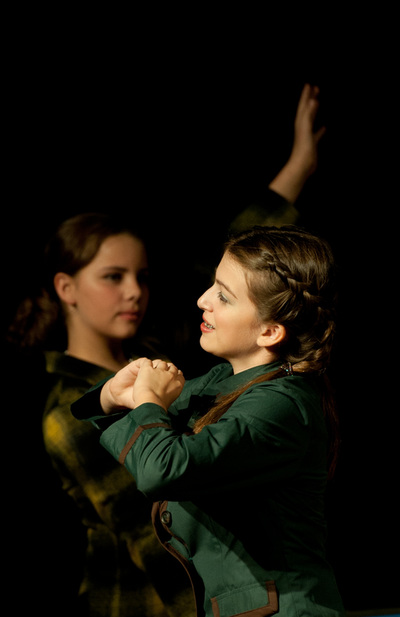 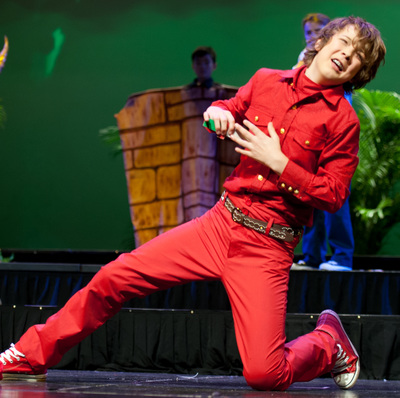 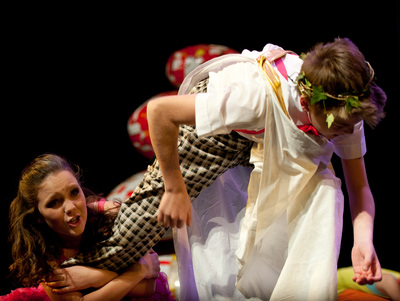 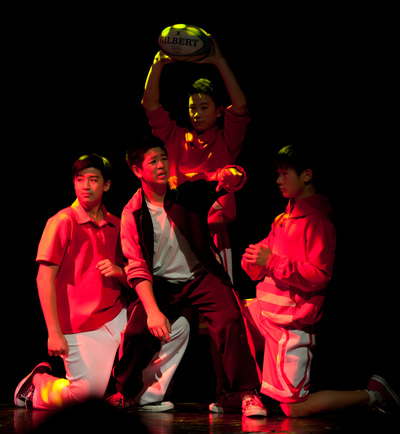 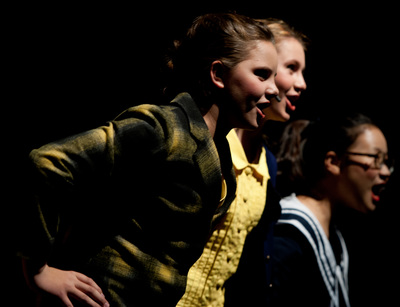 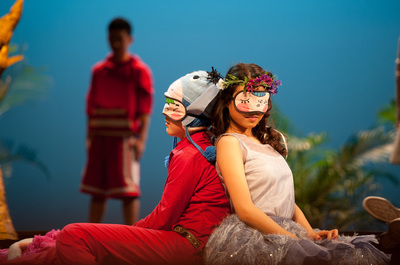 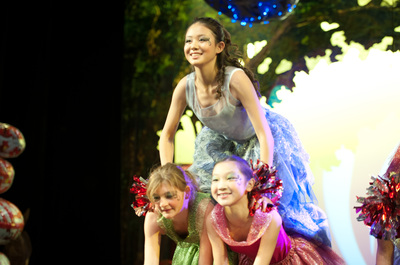 You re-defined the MS play. The kids were just so into it…they were just jumping out of their skin. – Kendra (HS Art teacher)

The play was extremely well executed bringing the impact of Shakespeare to us in a simple and enjoyable manner. The kids did a wonderful job, the costumes were terrific – specially the converse shoes,  and so was the set...Congrats and well done!! No pressure but am looking forward to next year’s play.  -Alok (MS Parent)

Chen Hui especially enjoyed the experience very much. We can see that he has gained much interest and passion in drama.
Thank you for your help and all the things you have done for Chen Hui.
Once again, congratulations for the great show. - MS Parent